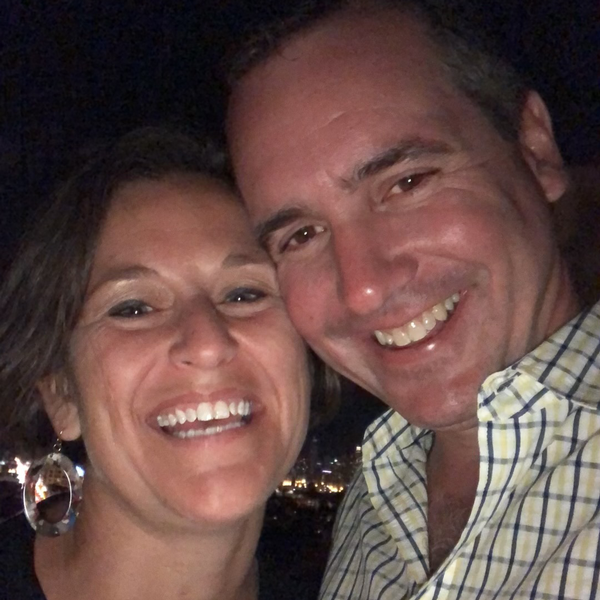 Annie was born and raised in Pittsburgh! She majored in mathematics at The University of Pennsylvania, and upon graduating, she moved to Atlanta, GA, to teach high school math at Woodward Academy. In 2003 she returned to Pittsburgh to attend the Tepper School of Business at Carnegie Mellon University.
“After receiving my MBA, I started banking at Mellon Bank, moved onto TriState Capital Bank and now currently work for CIBC Bank USA out of the Frick Building downtown!” said Annie.  “I am a Managing Director assisting middle market businesses with their financial needs from working capital lines of credit to term financing to managing risk via interest rate and commodity derivatives,” she continued.
Shevey grew up in Mt. Union, PA. After graduating from Carnegie Mellon University with a bachelor’s degree in Material Science and Engineering, he moved to Atlanta and joined a specialty chemical company as a polymer and process development engineer.  Annie and Shevey met on a soccer field in Atlanta!
“After 4 years in Atlanta, I made the decision to join Annie in Pittsburgh, where we subsequently got married, have 3 wonderful children, became part owners of Allegheny Performance Plastics, and live as quiet as a life as possible in Aspinwall!” said Shevey.
Prior to the full concept of TNA coming to life in 2001, Reverend Tom Johnson ran a summer program out of various churches across Pittsburgh. Annie tutored the students in math for multiple summers.
“I enjoyed every student I got to know and every interaction we had… I learned as much from my students as they learned from me!” she said.
When Annie and Shevey returned to Pittsburgh, they found ways to reengage with TNA: serving dinner to students with their Sunday school class, tutoring math, and hosting fundraising events.
“I remember Anne suggesting that we lend a hand at TNA with dinner service one evening, and since then I have been a proud supporter of TNA and all that it is,” said Shevey.
Annie was even on the bank team that secured financing for construction of TNA’s current campus on North Aiken Avenue!
“Talk about serendipity! I am now serving on the Board at TNA and pleased to be serving in a more consistent and impactful way.” she said.

Annie and Shevey believe that Wes is someone we can all learn lessons from with regard to the many struggles that life can present along the way, but also a strong example of the fulfillment that can be achieved if we are determined to stay the course. They also believe that Moore is directly relatable with many of TNA’s students.
“Wes is one in a million… I have now read a handful of Wes Moore’s books and could not be more convinced that the core of who Wes is aligns with everything TNA is working so hard to establish with its students,” said Annie. “I look forward to our students interacting with Wes and taking away strong life lessons from his presence and his words.” 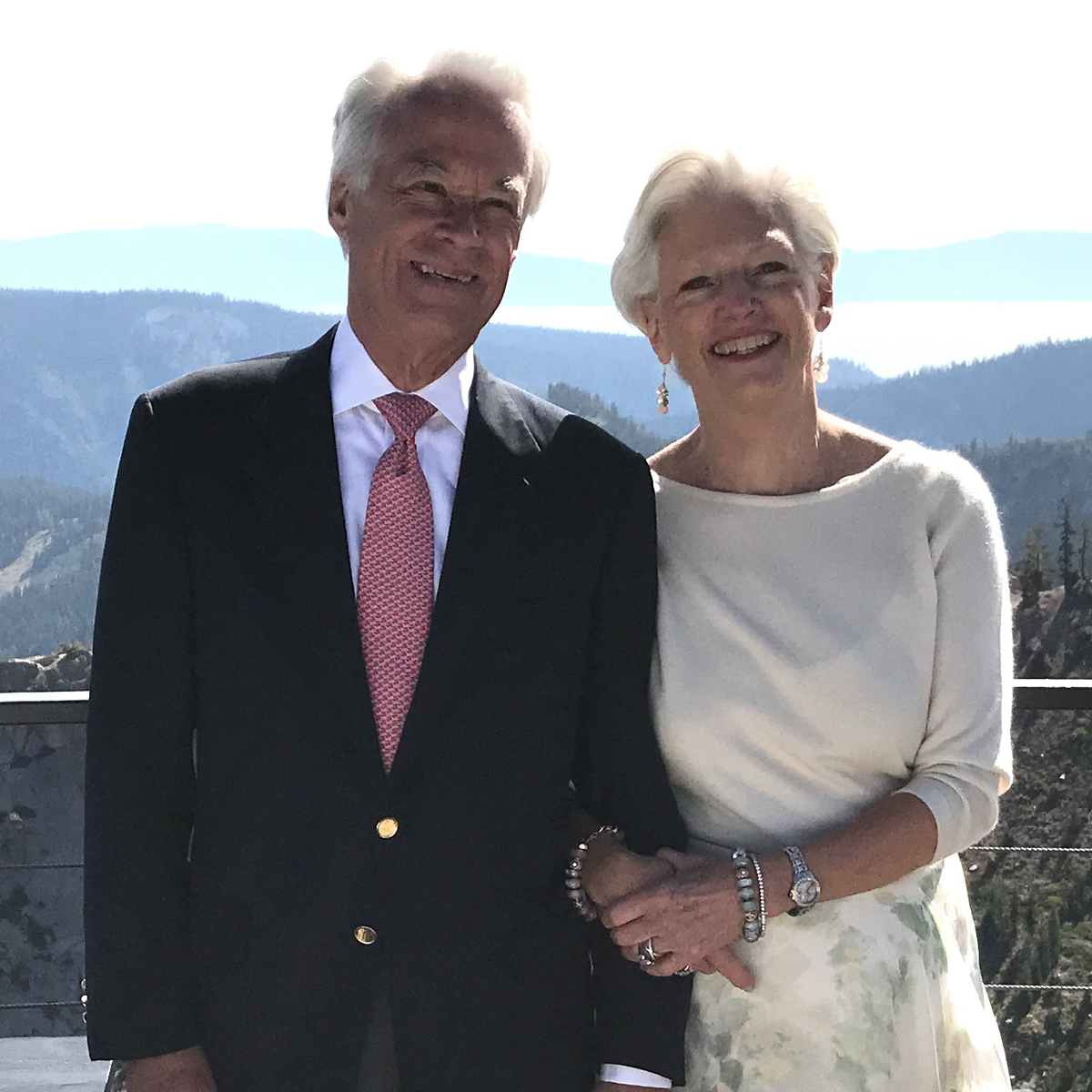 Joe moved to Pittsburgh in 1985 from Atlanta, GA, and Sarah moved to Pittsburgh in 1996 from Chapel Hill, NC.  The two originally met (although Sarah was too young to remember) in 1962 when each of their families lived in Geneva, Switzerland. Joe and Sarah attended the International School (“Ecolint”) and their families attended The American Church, where Sarah’s father was the rector.
“We ‘re-met’ in 1995 at an Ecolint reunion. Joe and I currently live in Squirrel Hill, and we absolutely love the neighborhood, the City, and the region,” said Sarah. “We also have four children and two grandchildren -- none of whom live in Pittsburgh, unfortunately.”
Joe and Sarah got involved with TNA when co-founder, Reverend Tom Johnson, brought a small group of TNA students to speak at their church.
“We were so impressed by the students’ presentations and maturity.  Shortly thereafter, Joe sat next to two forces of nature: TNA co-founder, Jodie Moore, and current Director of Development and Career Exposure & Workforce Development, Sheila Rawlings, at a luncheon. We were then given a tour of the school by Tom Taylor, a Board member who had been asking us to come see the school…  Joe and I were hooked and delighted to become involved,” said Sarah.

“We are very excited and eagerly look forward to meeting Wes Moore and learning more about him.  Joe and I have both read “The Other Wes Moore” and just ordered a copy of “The Work” about Wes’ quest to find a meaningful life,” said Sarah.
Joe and Sarah believe that giving the students access to the amazing authors for learning, conversation, and discussion is the best part of the Speaker Series.
“The evening event is always fun and enlightening!” said Joe. “The series is focused:  It educates both the event attendees and the TNA students,” he continued.
Joe and Sarah feel a strong moral obligation to help make such opportunities like the Speaker Series available to others.
“We are both beneficiaries of excellent educations… The folks involved with TNA are quality, committed individuals who are interesting and enjoyable to be with, and seeing what TNA staff and students have accomplished is inordinately satisfying - and fun!” said Joe. “Our lives have been enriched by our participation, and we hope to contribute to continued success in the future.” 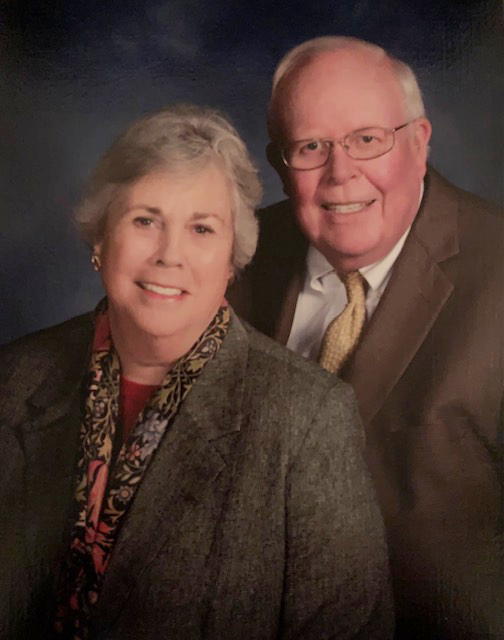 The word “supportive” is an understatement that would not do justice in describing Phil and Lorrie Roberts’ commitment to changing the lives of students at The Neighborhood Academy. They are firm believers that education and equal opportunity are keys to success, and they have gone far beyond their “Over the Bridge” giving level in their dedication and involvement to TNA.
After living in Hartford, Connecticut, for nearly 30 years, Phil and Lorrie moved to Pittsburgh in 1990. Phil worked for Mellon Bank for 10 years and retired in 2000. After attending a TNA event hosted by John and Lucy Douglas, long-time TNA supporters and close friends of the Roberts, it did not take the couple long to realize they wanted to get involved.
“When we stepped into TNA, we were immediately greeted by smiling students, and after we took a student-led tour, co-founders Jodie Moore and Reverend Tom Johnson spoke. We had no idea what a wonderful project the two had made happen,” said Phil. “When we met the students, saw the school, and witnessed the faculty’s dedication up close, it was hard for us not to get involved.”
Lorrie began teaching a Calligraphy class to TNA students and enjoyed diving into the decorative artform with them.
“Lorrie would teach the students how to perform calligraphy and would emphasize its prevalence in the world, it’s importance in the past, and how it has influenced our lives,” said Phil. “She would have the students do a project where they would transcribe a poem into calligraphy. Their work would then be framed and displayed around the school… Lorrie would even take the students on tours of the University of Pittsburgh to see illuminated manuscripts.”
For a number of years, the Roberts would even invite the students and their families to their home for a summer cook-out!
“We would grill food while the students and their parents would be swimming, playing, and running,” laughed Phil. “After a few years, the school began to grow to the point where we had over 100 people at our house!  It was really quite the event, and everyone would love it when Tom would toss Jodie into the pool!”
Something that Phil and Lorrie are very proud of is their stained-glass window panel at the school’s W. Gregg Hansen Memorial Chapel as a symbol of their support.
“TNA putting in a special window for Lorrie and me at the chapel is definitely one of my favorite memories. We were even given our own small stained-glass window that hangs at our house,” said Phil.
TNA is grateful for Phil and Lorrie being “Over the Bridge” donors and supporting the cost of educating a student for three or more years. The couple believes that it strengthens their bond with the school.
“With this level of giving, our impact feels more direct and personal because we have a connection with a particular student. We have a vested interest that this young person does well and benefits from the program,” said Phil. “It’s special seeing the results of your help right there before your eyes.” 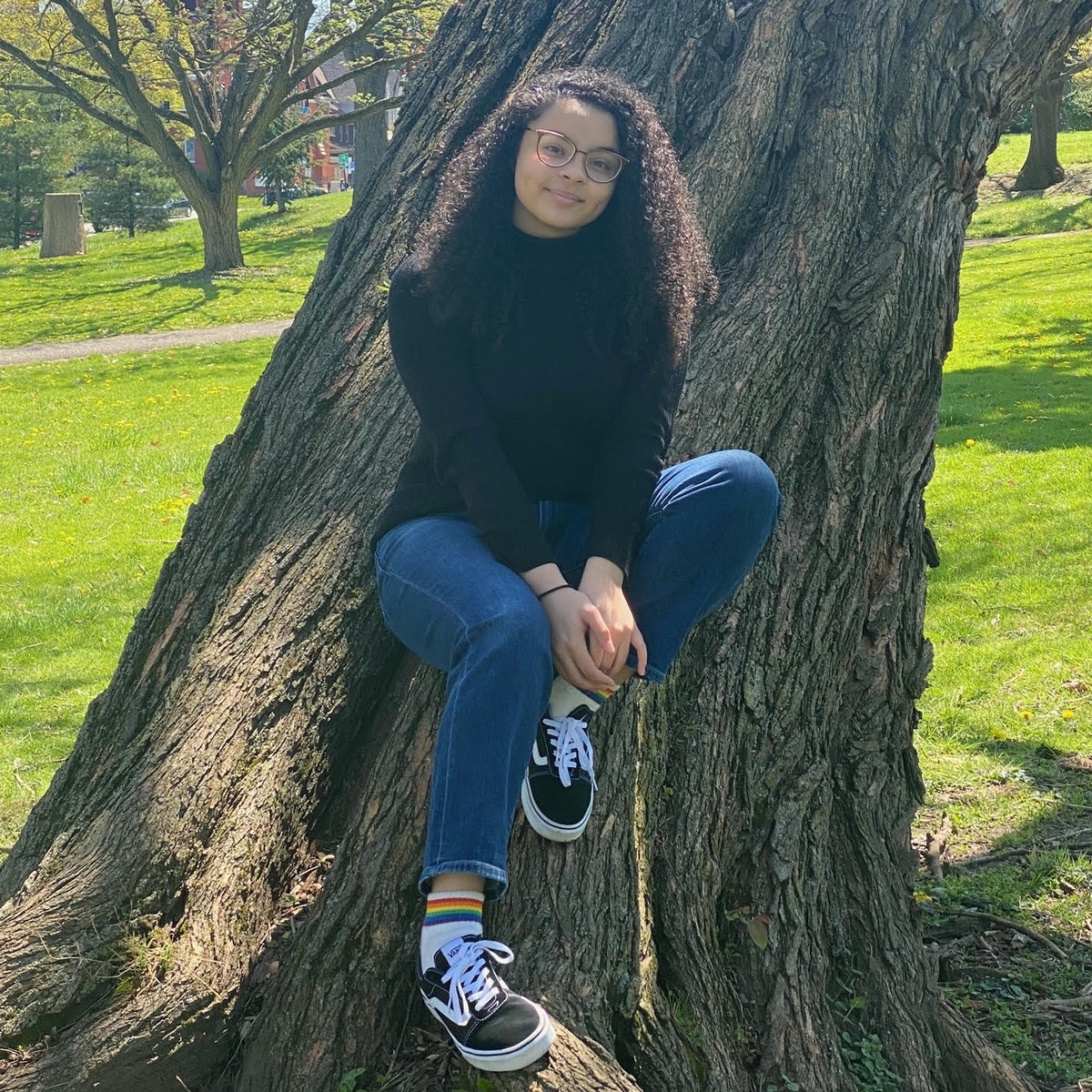 TNA senior Nickolett Donoughe will set sail for an Ivy League education. Having been accepted into impressive colleges such as Carnegie Mellon University and Howard University, Nikki has decided to pursue excellence at the University of Pennsylvania (Penn). She came to Pittsburgh from Colorado in 2017, and it’s easy to say she’s come a long way, geographically and academically.

“I was not a good student, believe it or not! Some circumstances made it hard for me to care about school. It was not that I didn’t have the ability or that I wasn’t ‘smart’ enough… At one point, I was even struggling with truancy,” said Nikki. “I’m experiencing a see-saw of feelings being accepted to such great universities! There are a lot of times where I doubt myself – mainly because of my previous academics. I ask myself, ‘Did they make a mistake?  Am I going to get an email that says they sent the acceptance letter to the wrong person?’ and now I’m finding pride in myself.”

The COVID-19 pandemic has made it hard for Nikki to tour the Penn campus, but she’s managed to find a way to explore and research her future home of Philadelphia from Pittsburgh.
“I did a lot of research on the university before I submitted my application, so I’m not too concerned. Between taking an interactive tour of the campus and even watching YouTube videos of the school, I can tell it’s the right place for me,” said Nikki.

Nikki has a tremendous respect for art, and she loves to dabble in all forms of artistic expression whether it be painting, dancing, drawing, music, or theater. However, her favorite expressive outlet is creative writing.

“I currently have over 30 different stories plotted and planned in my Google Docs. I absolutely love the adventure and fantasy genre stories and I am fascinated by authors creating different worlds, cultures, and norms,” she said.

With this passion for writing, Nikki intends to major in English and minor in Spanish or Korean.
“I’ve chosen to study English because there is so much I can do with it and so many different career paths I can take. I’m deciding between becoming a teacher, a college professor, going into journalism, or even becoming a doctor,” said Nikki.

Nikki credits TNA for preparing her for this leap into higher education.
“TNA most definitely lives up to its name as a college prep school. The functioning of our school day functions much like a day in college,” she said. “TNA is a place where you can find many things: home, friends, or connections. You’re going to find them if you look for them.”